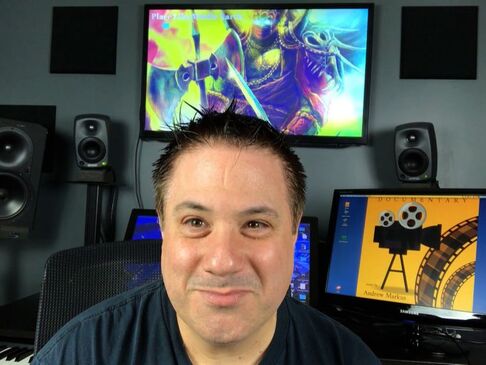 Andrew Markus has created music for hundreds of motion pictures including feature films, television specials, themes, series, documentaries, short films, commercials, content pieces, pilots and proofs of concept. Andrew is one of the most diverse composers working in media today. His scores incorporate a massive range of styles pulling from all genres. His innate gift for melody and keen dramatic sensibility has earned him 19 awards for his music.  Andrew is the creative force behind
Film Music Mentor, a Vlog that educates film makers, television producers, content creators and media professionals on how to avoid the many mistakes, misconceptions and myths that plague them when using music in their motion pictures.