The Equity in Film Program sponsors an Audio Post Production Subsidy opportunity to projects featuring a Woman, Minoritiy or LGBTQ filmmaker as Writer, Director or Producer.  EFP subsidizes the cost of 4 Score And 7 Music's Scoring and Audio Post Services for a limited number of projects per quarter. The Equity in Film Program assists diverse voices in creating their best work!
Apply below to see if you qualify for an EFP Audio Post Production Subsidy Opportunity.

These projects have gone on to SeriesFest, Cannes, Hollyshorts, SoHo International Film Fest,
Chelsea Film Festival and dozens of other major festivals.​
In order to receive an Equity in Film Program Audio Post Production Subsidy, your project must meet these Criteria:
1) Writer, Director or Producer is a Woman, Minority or LGBTQ filmmaker.
2) Project is a narrative or documentary work. No content for commercial brands.
​3) Content for Not for Profit entities is eligible.
4) Your project must be in post production.
5) All images and non-score music are licensed and cleared for use.
FAQ
Fill out my online form.
Testimonials
"Having worked with Andrew on multiple projects I can say with total confidence that he is a true and vital collaborator. His passion for his work boils over during editing sessions! Andrew regularly exhibits an openness to being challenged creatively and to taking the more unconventional, yet always rewarding artistic route. I can not recommend him enough, especially to female filmmakers who crave a safe, motivating and fruitful path during the evolution of their films."

Andrew is a consummate professional, and friendly to boot! He’s been a wonderful collaborator and
​I look forward to having him score my next short film.
​Lauren Sowa Director of Partnerships - NYCWF

I met Andrew when I produced my first short, Finding You. We were under the gun and not only did Andrew make us feel at ease,
​his score, sound design and mix were superb. I Highly recommend him!
Aimee Ng Writer/Producer Finding You & Redemption

What can I say about Andrew. Without him, our film Black N' Blue would be incomplete. Music is what thrives the soul of a film and that is what he brought and for that we are grateful. Plus it helped that we won best musical score at the "Way Down Film Festival".
Julius B Kelly - Director - Black N Blue ​ 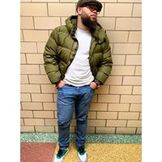 “A dream collaborator, Andrew took notes to the next level and finished the missing layer of the world.
​If you get the chance to work with him, rest assured your in good hands”
Joseph Castillo-Midyett - Creator/CoDirector This Boy's Vida Made in America

"Andrew was a pleasure to work with on Girl Boxer.  Not only is he a natural talent, his support for the project did not stop once the score was composed and the pilot was mixed.  He is a true team player"
​Lauren McCann - Writer, Producer, Director GirlBoxer -  Seriesfest 2020

"Working with Andrew is one of those ideal situations when you know you are collaborating with someone
​with great integrity, talent, professionalism and honesty. He's a gem to say the very least."
​Renee Stork Director, Love Your Life

I could not ask for a better, more talented collaborator than Andrew. His talent and vision are remarkable. I have been blown away by what he has created both on my projects and the projects of friends and colleagues.  So grateful to have had him on our team for
​"How Am I Doing?". Jenn Plotzke - Producer

"Andrew at 4 Score and 7 Music not only provided a professional atmosphere and his technical expertise but he took the time to understand my vision and directed energy towards empathizing with 'the story behind the story'. For me, working with Andrew was about working together to provide a marketable piece of work with feeling"
Valentine Aprile Writer/Producer/Director - VAL

Fill out my online form.